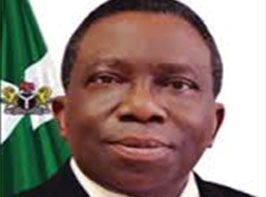 Professor Adewole, throughout his clinical and academic career, focused largely on reproductive and maternal health, particularly Prevention of Mother to Child Prevention of HIV and the prevention of Cervical Cancer. He has published over 200 articles in peer-reviewed journals and books on Gynaecological oncology, Abortion, HIV/AIDS and Perinatal medicine. He is a passionate advocate for women’s health, and has received a number of awards and fellowships for his work in this area, such as a honorary doctorate of science from the University of Sunderland. He is also an adjunct Professor at Northwestern University in Chicago.

As Nigerian Minister of Health, Professor Adewole has focused his efforts on revitalising the dilapidated Nigerian Primary Health Care System. His flagship project is an ambitious initiative to upgrade 10,000 primary health care centres, one in each political ward, across the country. The Health Sector will benefit from the new One Functional PHC per ward program initiated by the new administration under his leadership.